USFPI Training Ranges in the NT take the next step

With the recent referral of the project in Parliament and impending review by the Joint Standing Committee on Public Works in July 2021, the The United States Force Posture Initiatives (USFPI) Northern Territory Training Areas and Ranges Upgrades Project takes the next steps toward construction. The project is a critical element of the USFPI initiative in the facilitation of the United States alliance and a continued commitment to both countries working bilaterally on Defence and security. 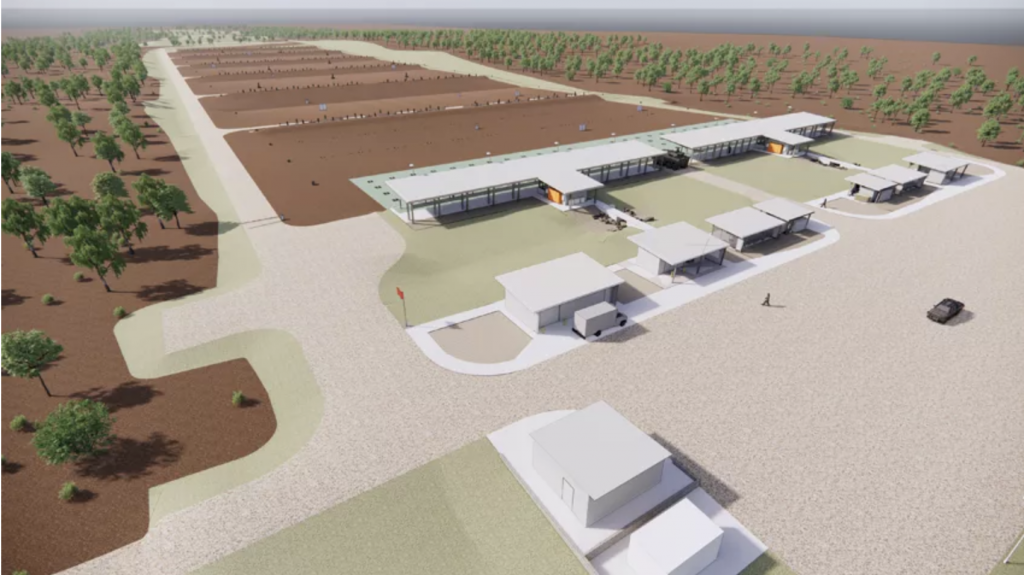 As Australia and the global community continue to reel from political, social, and economic instability amidst the COVID-19 pandemic, it is no mystery why an initiative such as USFPI promoting bi-lateral interoperability, regional stability, and job creation, is much welcomed. USFPI will better position Australia and the US to respond to emergencies such as humanitarian aid and disaster relief across Asia, enhancing regional stability and creating improved relations with existing and potential Indo-Pacific partners.

As Managing Contractor, Sitzler is working closely with the Commonwealth’s Project Manager, RPS on the $747 million to be invested across four key training areas (Robertson Barracks, Kangaroo Flats, Mount Bundey, and Bradshaw Field Training Areas). With the planning phase nearing completion and, pending Parliamentary Works Committee review, construction will start in late 2021 and ramp up in early 2022.

Defence’s Capital Facilities and Infrastructure Director North, Colonel Len Rouwhorst, says that “This planned investment represents a generational change in the way the ADF and our partners will conduct land combat training. Delivering these modernised weapon ranges on our key northern training areas will ensure Defence can meet the objectives of the 2020 Force Structure Plan and maintain its competitive advantage with world-class military training and simulation.”

The works include the upgrade and construction of specialised live-fire training ranges, aviation facilities, training camps, administration facilities, wash points, and communications infrastructure, as well as the decommissioning of redundant infrastructure. Sitzler has commenced engagement with the industry through recent briefing sessions held in Darwin, Katherine, Timber Creek, Kununurra, and Alice Springs. Sitzler’s Managing Director, Steve Margetic, said he “…was thrilled to see Territory and Northern Australian locals get on board, with over 700 registrations of interest submitted under the ICN gateway and a whopping 75% direct from the NT alone”. Indigenous Business Enterprises will benefit greatly since Sitzler as a Territory business is committed to increasing opportunities for Aboriginal businesses within Defence. Sitzler has enabled small Aboriginal businesses to register interest in flexible and accessible ways, including one-to-one meetings to showcase capability and interest in the project. 20 Aboriginal companies have already taken up the offer.

Kangaroo Flats lies approximately 75km south of Darwin and will be one of the primary fixed live-fire ranges for local NT units. The works allow soldiers to deploy to a camp at the training area and undertake a range of live-fire shooting for the primary weapon systems held by ADF and US soldiers.

Mount Bundey lies approximately 120km from Darwin and is one of two larger training areas that allows a wide range of ADF and US forces training. Works include upgrades to camp and aviation facilities and an enhanced urban operations training facility.

Bradshaw Field Training Area located outside Timber Creek adjacent to the NT/WA border, provides over 9,000 square kilometres of training area. It is a significant enabler to major training activities, especially for the Marine Rotational Force – Darwin. Bradshaw provides the capacity for forces to undertake a wide range of live-fire activities both on the ground and in the air and is a companion to the sister range at Shoalwater Bay in Queensland, which holds the biannual Talisman Sabre Exercise. It is expected that at completion of the Bradshaw works, the combined training activities undertaken by the ADF and US forces will rival the size of the current exercises currently scheduled for Talisman Sabre. Works at Bradshaw allow for upgrades at Nackeroo Airfield to enhance C-17 and the US MV-22 Osprey operations having been initially constructed in 2007 by Australian and US army engineers in the Joint Rapid Airfield Construction project. Other works include upgrades to camps at the Task Force Maintenance Area and Bradshaw Homestead and a new enhanced urban operations training facility.

The USFPI NT Training Areas and Ranges Project is part of a significant increase in government spend on Defence projects, which according to the Chamber of Commerce NT and Master Builders Association NT, will see $572 billion invested over the next decade, including $250 million at Robertson Barracks. This expenditure goes hand in hand with Australia’s economic recovery as it moves through the COVID-19 pandemic, with Defence providing increasing job opportunities and protecting our borders.

Sitzler is proud as a Territory business to be appointed as Managing Contractor of such an immense undertaking and relishes the opportunity to demonstrate the 40+ years of experience in delivering remote and logistically-challenging projects. Sitzler’s Defence Sector Lead, Jason Miezio says the excitement around the project is not just down to the scale of it, “the large-scale nature of this project is exciting, however, the most exciting aspect is the project’s purpose and the meaning behind it all. We are bridging gaps politically, promoting diverse opportunity and securing the beautiful country we are lucky enough to call home”.